Rajasthan The Land of Maharajas this destination attracts tourists for its historical forts, palaces, art and culture. Endowed with natural beauty and a great royal history, palaces of Jaipur, lakes of Udaipur, and desert forts of Jodhpur, Bikaner and Jaisalmer are among the most preferred places to visit. Folklore of heroism and romance resound from the formidable monuments that majestically stand to tell the tale of a bygone era. The magic of vibrant Rajasthan. Its rich heritage, colourful culture, exciting desert safaris, shining sand-dunes, amazing variety lush forests and varied wildlife makes it a destination nonpareil

Rajasthan Wild Life Tour A thrill experience for the traveler who are interested in wildlife and keen to visit the major wildlife sanctuaries and parks. This includes visits at Sariska, Jaipur, Ranthambore, Bharatpur and so on 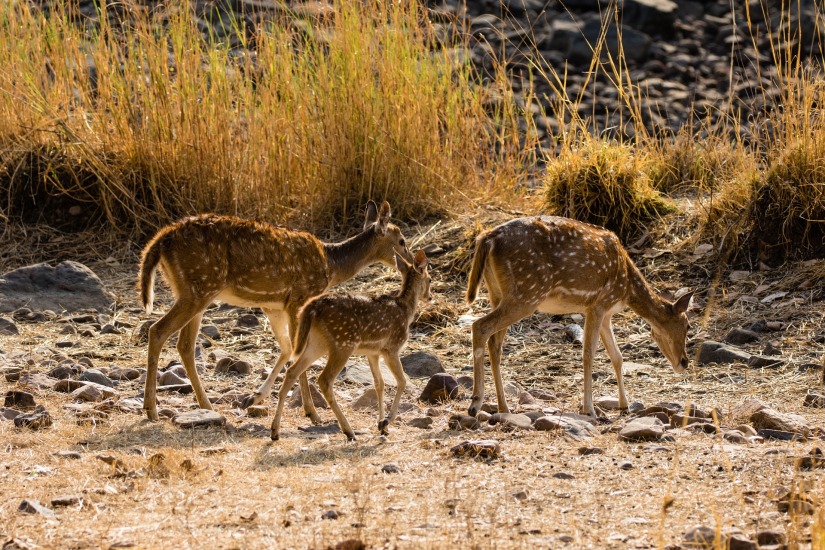 Ranthambhore Wildlife Sanctuary is known for its tigers and is one of the best places in India to see these majestic predators in the jungle. Once the hunting grounds of the royals, this place is now a great spot to enjoy jungle safari. Tigers can be easily spotted even during the day time. It is named for the historic Ranthambhore fortress, which lies within the national park. This place was home of royal hunting The park covers an area of 392 km², and is known for its tiger population, and is one of India’s Project Tiger reserves. Other major wild animals include leopard, nilgai, wild boar, sambar, hyena, sloth bear and chital. It is also home to wide variety of trees, plants, birds and reptiles. Ranthambore is also the site of one of the largest banyan trees in India. Ranthambore National Park is dotted with structures that remind you of bygone eras. There are many water bodies located all over the park, which provide perfect relief during the extremely hot summer months for the forest inhabitants. A huge fort, after which the park is named, towers over the park atop a hill. There are many ruins of bygone eras scattered all over the jungle, which give it a unique, wonderful and mixed flavour of nature, history and wildlife. Tigers at Ranthambore National park have been known to even hunt in full view of human visitors. These tigers are famous for being seen in the daytime too, due to their lack of fear of human presence in vehicles. This lack of fear of humans is excellent for tourists, as they get to see the tigers often. 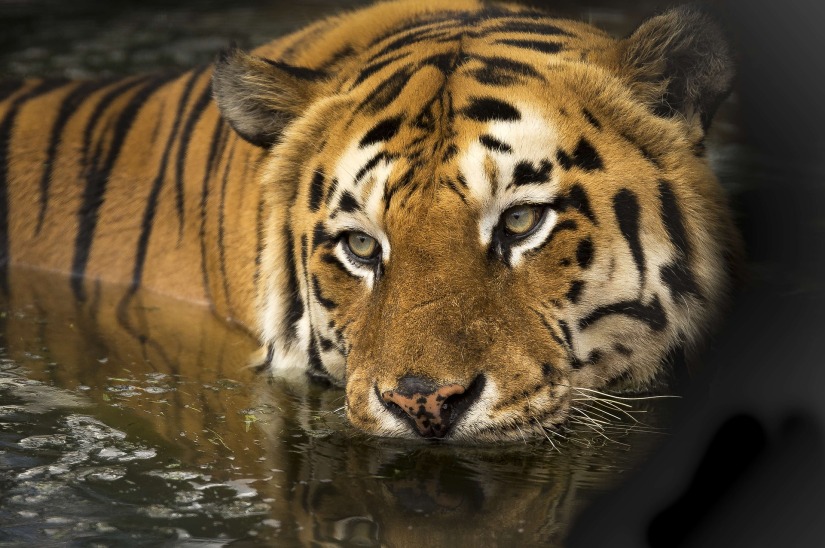 Ranthambore National Park and Tiger Reserve is one of the world’s best known wilderness areas. This park offers some of the finest opportunities for sighting the magnificent tiger in the wild. Well known for its rich population of tigers- here is your chance to embark on a delightful wildlife safari that will provide you with best and closest views of the wild animals living peacefully in their natural habitat. A mix of rolling hills and crags, and meadows, lakes and rivulets, this dry-deciduous forest system is home to an incredible variety of flora and fauna. Apart from the tiger, you can also spot sloth bear, leopard, caracal, jackal, fox, hyena and mongoose at Ranthambore. The elusive Indian wolf too, has been spotted here occasionally. The dainty chital, sambhar deer, the blue bull antelope or nilgai, rhesus macaque, langur and an incredible variety of birds amidst a setting of dhok, fig and banyan trees makes a visit to this park a delight for tourists and naturalists alike. Basking crocodiles, king vulture on a snag, the scream of the serpent eagle, the alarm call of spotted deer are some sights and sounds that make this a safari experience like none other The Real Jungle Experience

World Heritage Site Ranthambore Fort lies within the Ranthambore National Park, near the town of Sawai Madhopur, Rajasthan state of India. The fort was held by the Chahamanas (Chauhans) until the 13th century, when the Delhi Sultanate captured it. A widely held belief states that the fort was built in the reign of Sapaldaksha, in 944 CE. Another theory states that the fort was built during the reign of Jayant, in 1110 CE. According to Government of Rajasthan’s Amber Development & Management Authority, it is likely that the construction started in the mid-10th century during the reign of Sapaldaksha, and continued a few centuries after that. In 2013, at the 37th session of the World Heritage Committee, Ranthambore Fort was declared a UNESCO World Heritage Site under the group Hill Forts of Rajasthan

World Heritage Keoladeo Site National Park The Bharatpur Bird Sanctuary  created 250 years ago, constructed by Maharaja Suraj Mal, the then ruler of the princely state of Bharatpur Between 1726–1763. Now a paradise for the avian world, and the pilgrimage for the bird lovers, The park was a hunting ground for the maharajas of Bharatpur, a tradition dating back to 1850, and duck shoots were organized yearly in honour of the British viceroys. In one shoot alone in 1938, over 4,273 birds such as mallards and teals were killed by Lord Linlithgow, the then Governor-General of India. It was known as the best duck shooting reserve in the British Empire. Declared a reserve for birds in 1956 and later upgraded to National Park. UNESCO has listed it as a world heritage site. It boasts to house more than 375 species of beautiful birds, and more than 132 of them breed inside the Keoladeo Ghana National Park

Amongst one of the finest bird sanctuaries on the planet, settling indigenous water-feathered creatures and also transient water flying creatures and waterside winged creatures, this haven is likewise possessed by Sambar, Chital, Nilgai, and Boar.  The sanctuary is one of the richest bird areas in the world and is known for nesting of resident birds and visiting migratory birds including water birds. While a large portion of India’s park has been produced from the chasing predicament of royal India, Keoladeo, famously known as Bharatpur Wildlife Sanctuary, is maybe the main situation where the environment has been made by maharajas. The rare Siberian cranes used to winter in this park but this central population is now extinct. According to founder of the World Wildlife Fund Peter Scott Keoladeo National Park in Bharatpur is one of the world’s best bird areas