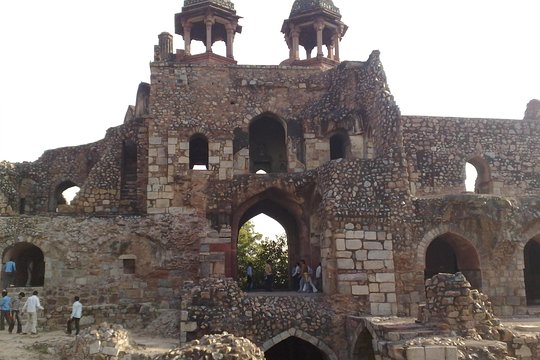 Jaipur the walled city World Heritage Site declared by UNESCO and the capital city of Rajasthan founded in 1727 named after its founder; Maharaja Sawai Jai Singh (Ruled 1688 to 1744) known as the “Pink City of India”. There’s much more to Rajasthan’s capital than its pink-red tinged buildings and historic splendour. Endowed with natural beauty and a great royal history, Folklore of heroism and romance resound from the formidable monuments that majestically stand to tell the tale of a bygone era. The city has a habit of tickling travellers pink. Here you’ll find a well-preserved and living past  stunning hilltop forts, glorious palaces, colourful culture and best hospitality. This majestic home to erstwhile royals is complete with old-world charm surrounded by colorful markets and chaotic streets. About 6 hours away from Indian capital city New Delhi, grand palaces and havelis is surrounded by mighty fortresses make this place a welcome respite from high-rise malls and vibrent urban living best way to call ancient to modern. Here you will see many stopovers to get an opportunity zoom the past

The City Palace Complex located in the heart of the walled city, City Palace gives you an idea about the farsightedness of the founder of Jaipur Maharaja Sawai Jai Singh. He left behind a legacy of some of the most imposing and magnificent architecture in the city, City Palace is a blend of Mughal and Rajput Architecture.

Hawa Mahal (Wind Place) The poet king Sawai Pratap Singh built this palace of winds. This is easily the most well-known landmarks of Jaipur and is also its icon. Located in the City Palace complex, it is best viewed from the road outside. This five-storey building overlooking the busy market streets is a fascinating example of Rajput Architecture and Artistry with its delicately honeycombed 953 pink sandstone windows known as ‘Jharo Khas’. UNESCO World Heritage Site Jantar Mantar is an astronomical observation site built in the early 18th century. It includes a set of some 20 main fixed instruments. They are monumental examples in masonry of known instruments but which in many cases have specific characteristics of their own. Designed for the observation of astronomical positions with the naked eye, they embody several architectural and instrumental innovations. This is the most significant, most comprehensive, and the best preserved of India’s historic observatories

Albert Hall Museum consist of Indo saracenic type of architecture and is designed same as the Victoria and Albert museum which is located in London. The building and the assortment beholds the beauty of the site along with the pillars. The courtyards and the arches of the museum are worth seeing. This Albert museum was created in the 19th century, this museum amazingly houses 19,000 historic objects and has various collections like metal ware, ivory work, lacquer work, jewelry, textiles, pottery carved wooden objects, arms and weapons, clay models , sculptures, educational, scientific and zoological objects, tribal costumes, ceramics, oil and miniature paintings, inlay work, musical instruments, clocks and marble statues. The museum was designed in the year 1876 by Colonel Sir Swinton just to greet King Edward VII as Prince of Wales on his visit to India

On the way to The Amber Fort you will see The Jal Mahal (Water Palace) beautiful palace in the middle of the lake (Man Sagar Lake), this unique royal palace is an architectural showcase of the Rajput style of architecture (common in Rajasthan) on a grand scale. This low-rise symmetrical palace, that once was a shooting lodge for the Maharajah, appears to float in the centre of  beautiful Lake. The view of the Jal Mahal is eye catching hundreds of migratory birds can be seen swimming in winters in the Man Sagar Lake

UNESCO World Heritage Site The Amber Fort set in picturesque and rugged hills is a fascinating blend of Hindu and Mughal architecture. Constructed by Raja Man Singh I in 1592 and completed by Mirja Raja Jai Singh the fort was made in red sand stone and white marble. The rugged forbidding exterior belies an inner paradise with a beautiful fusion of art and architecture. Amber is the classic and romantic fort-palace with a magnificent aura. The interior wall of the palace depicts expressive painting scenes with carvings, precious stones and mirror settings provides breathtaking vista

Evening in Chokhi Dhani Village has been the mirror of Rajasthani culture. A village fair is created every evening as an ongoing celebration of like a never-ending festival the rich & vibrant cultural heritage of Rajasthan. Started as part of ambiance for a restaurant, have your evening meals in choki dhani, over the years it has evolved as a tasteful and authentic symbol of ethnic village life of this most colorful state in the country